Looking for a special event for your meeting in Hawaii?

Elevate your next meeting or event in Hawaii. Ignite your discussions with purpose. Create an experience that will inspire your people to want to work as one. Call Trident Leadership. 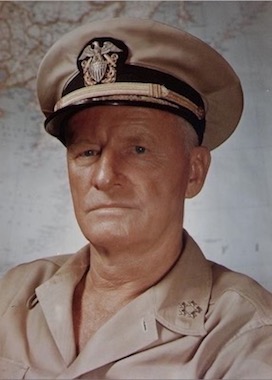 From Ashes of Pearl:

That fateful Sunday morning in Hawaii in December 1941 had stunned a nation of people who did not want war. Pearl Harbor was still smoldering when Admiral Chester W. Nimitz arrived to replace Admiral Husband E. Kimmel. Nimitz had little with which to work. But on his shoulders lay the enormous burden of a nation. And the clock had already started. How could he build a new team and get it up to tempo rapidly enough to stop an enemy running rampant and avert renewed disaster?

Journey back to a time when leadership meant the world as Trident founder and Pacific historian Steven McCloud presents: "Nimitz: From Ashes of Pearl Harbor to Tokyo Harbor."

END_OF_DOCUMENT_TOKEN_TO_BE_REPLACED

Leadership is about action, not just talk. And we'll advance as far with you as you'll let us. But whether you choose a single battlefield leadership event, or push forward with an on-going partnership with TeamTrident, we endeavor to move you through the Boyd Decision Cycle from Observation to Action...

Explore hallowed ground with us and experience Leadership and Team as few have, the good, bad, and ugly. But the Trident experience doesn't stop there. On some of our programs, experience it in real-time with our carefully selected hospitality partners.